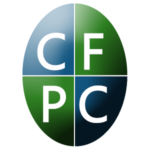 I usually start my write up with the odd moan and groan about the weather, growing conditions for the produce or the heat those have had to endure whilst cooking but this year was so kind in all respects giving the show a most wonderful successful day.  Personally my day didn’t start so well as at 7.30 on my way to the hall loaded with my exhibits going very carefully met a police van with blue lights flashing in a narrow lane where I never realised two vehicles could pass but we did much to the detriment of my gooseberries and a couple of my vases though I managed to rearrange my gooseberries.  The men folk worked hard lumping around tables and chairs putting up the bunting and gazebos setting up the coconut shy the lawn skittles and all those behind the scenes jobs without whom we couldn’t manage while the judges did there bit, cake’s made for the teas thanks ladies, so many people to thank for there time and effort in keeping the show going you know who you all are so thank you also to our recently ordained Reverend Tracey Hallett for running the lawn skittles new to the job but very efficient. With the hall grounds and surrounding Hestercombe grounds pretty much tidied up and complete we were able having missed a year to have a small but very successful fun dog show which was very well attended run by Jo from paws4teaching hopefully to be repeated next year.  Entries were good on a par with last year up in some areas especially the handicrafts and cooking thanks all those Baking programs but down on the children’s entries get off those iPads and get creative next year please.  The sun shone all afternoon which allowed everyone to enjoy the outside activities and browse around the stalls, plants, bric a brac, tombola and others and then just sit with a cream tea and enjoy catching up with friends and neighbours whom they maybe have not seen since the July show last year it’s just such a great atmosphere.  So to the results.

This website uses cookies to improve your experience while you navigate through the website. Out of these cookies, the cookies that are categorized as necessary are stored on your browser as they are essential for the working of basic functionalities of the website. We also use third-party cookies that help us analyze and understand how you use this website. These cookies will be stored in your browser only with your consent. You also have the option to opt-out of these cookies. But opting out of some of these cookies may have an effect on your browsing experience.
Necessary Always Enabled
Necessary cookies are absolutely essential for the website to function properly. This category only includes cookies that ensures basic functionalities and security features of the website. These cookies do not store any personal information.
Non-necessary
Any cookies that may not be particularly necessary for the website to function and is used specifically to collect user personal data via analytics, ads, other embedded contents are termed as non-necessary cookies. It is mandatory to procure user consent prior to running these cookies on your website.
SAVE & ACCEPT